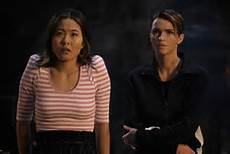 After watching this episode I’m even more convinced that the show will just go down the drain next season if they go with the stupid plan to create a whole new character. That literally makes no sense at all. So does this mean that Wayne is dead? Maybe someone could do a virtual season. I call what I do writing but I certainly couldn’t pull off writing a fanfic version of the show unless I’m used as a don’t example in writing. I guess there was a crossover I had no clue about. I did watch Smallville and I watched Birds Of Prey so this was my third trip into this world. Okay I think I’ve probably seen episodes of Batman with I can’t think of his name where they would say pow and whatever during the fight scenes.

Tomorrow I’m going to put together a list of diverse reads. This is going to be a combo of authors I’ve already read or ones that have been on my radar.

I found this adorable pin on Etsy that’s for BLM and inspired by Care Bears so go and check it out. The proceeds are going to BLM.

Black Etsy Shop Owners List: I’ve found some great things on there so why not do a little retail therapy and help a fellow human being out at the same time.

For ways, you can help. There are links to petitions etc.

Stream To Donate: I’m not sure if they still work since I read that YouTube is yanking them but when I looked they are still up. There are some YouTubers that are giving the AdSense for a video that’s just a regular video.

Found another video where you can help just by playing the video.

Here’s another video that’s a stream to donate sitch.

Watch this video without fast-forwarding to help if you can’t donate.  I’m glad I found that because I wasn’t going to mention that as a way to help not that I have a platform because I figured if anyone saw me say that they would judge me for that because it was a stupid idea. This blog was started as a creative outlet for me and a way to get away from the insanity that I put myself through for years obsessing over a PageRank and how much traffic I was getting. I don’t even know if I have a PageRank since I’ve never checked and don’t plan on doing that and I don’t really advertise it either.

Other Posts By Me

Sailor Mood 3 is now out.

Sailor Mood 2 has been unleashed onto the world.

And I give you Sailor Mood. I wonder if the migraine makes things weirder or less coherent than usual. I’m putting the links on the page where I put last year’s links to National Poetry Month. So if anyone is interested check there. I’m not sure how often it will happen but it might happen today so stay tuned.